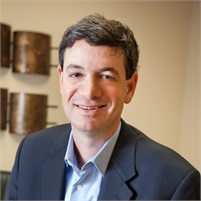 Barry G. Steinberg graduated from Indiana University in 1985 with a bachelor’s of science degree in Accounting and graduated in the top 1% of his class. He completed his Masters of Science in Taxation at DePaul University in 1986 and graduated with Highest Distinction.  He began his accounting and tax career at AM&G in 1986 and was a founding shareholder of Abrams & Steinberg, PC in November of 1982. In 1999, he became affiliated with Terra Securities (now Cetera Financial Specialists LLC).

Barry is a licensed CPA. He holds his Series 7, 63 and 65 registrations and is also licensed in life, disability long-term care and health insurance.

Barry has been a member of the Cetera Financial Specialists, LLC Presidents council from 2007-2016. He specializes in helping clients with their financial, investment, tax and retirement needs.

Barry grew up in the Northern Suburbs of Chicago and currently resides in Deerfield with his wife Julie. He has two children, Michelle and Adam. His hobbies include golf and traveling with his wife and children.